Advertisement
PREV
ALL
NEXT

Part 1: Sasurji’s sprint for the medal named Chandni hits a hurdle yet again when young guest makes a few days stop. The young boy records a video of Chandni’s fling with sasurji and blackmails her to sleep with him. Witness the satisfaction of Chandni in his youthful arms that makes the Sasurji fume with jealousy in ‘Jane Anjane Mein 4 Part 1 Part 2: Chandni’s tempting aura that ignited a youthful spark in sasurji, is now witnessed and recorded by Chandni’ brother-in-law. The virgin brother-in-law wants to open his hook up account with Chandni. Witness what tactic does he apply to enter Chandni’s world of desires in ‘Jane Anjane Mein 4 Part 2 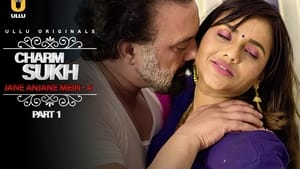