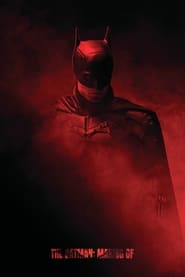 2022 53 min
A look behind the scenes and pre-production of The Batman (2022). Advertisement
Documentary Sequel to the 2022 film The Batman. Untitled The Batman Sequel Advertisement
ActionCrimeDrama The Devil All the Time

The Devil All the Time

IMDb: 7.1 2020 138 min
In Knockemstiff, Ohio and its neighboring backwoods, sinister characters converge around young Arvin Russell as he fights the evil forces that ...
CrimeDramaThriller IMDb: 7.4 2020 150 min
Armed with only one word – Tenet – and fighting for the survival of the entire world, the Protagonist journeys through a twilight ...
ActionScience FictionThriller The Lost City of Z

The Lost City of Z

IMDb: 5.5 2012 115 min
After the birth of Renesmee, the Cullens gather other vampire clans in order to protect the child from a false allegation that puts the family in ...
AdventureDramaFantasyRomance

IMDb: 4.9 2011 117 min
The new found married bliss of Bella Swan and vampire Edward Cullen is cut short when a series of betrayals and misfortunes threatens to destroy ...
AdventureFantasyRomance IMDb: 5 2010 124 min
Bella once again finds herself surrounded by danger as Seattle is ravaged by a string of mysterious killings and a malicious vampire continues ...
AdventureDramaFantasyRomance

IMDb: 7.1 2010 113 min
Still reeling from a heartbreaking family event and his parents’ subsequent divorce, Tyler Hawkins discovers a fresh lease on life when he ...
DramaRomance

IMDb: 4.8 2009 131 min
Forks, Washington resident Bella Swan is reeling from the departure of her vampire love, Edward Cullen, and finds comfort in her friendship with ...
AdventureDramaFantasyRomance

IMDb: 5.2 2008 122 min
When Bella Swan moves to a small town in the Pacific Northwest, she falls in love with Edward Cullen, a mysterious classmate who reveals himself ...
DramaFantasyRomance 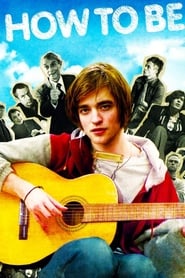 IMDb: 5.5 2008 85 min
A young man having an existential crisis convinces a Canadian self-help guru to come to London and become his personal life coach. Advertisement
ComedyDrama