Barbie and the Magic of Pegasus 3-D

Barbie and the Magic of Pegasus 3-D

IMDb: 6.6 2005 85 min
Princess Annika (Barbie) escapes the clutches of the evil wizard, explores the wonders of Cloud Kingdom, and teams up with a magnificent winged ...
AnimationFamilyRomance

IMDb: 6.5 2002 84 min
Long, long ago, in a time of magic and dragons, there lived a girl named Rapunzel who had the most beautiful radiant hair the world had ever ...
AnimationFamily

Barbie and the Three Musketeers

Barbie and the Three Musketeers

IMDb: 6.3 2009 81 min
Corinne (Barbie) is a young country girl who heads to Paris to pursue her big dream – to become a female musketeer! Never could she imagine she ...
AnimationFamily

IMDb: 6.8 2010 81 min
When the Hulk becomes too dangerous for the Earth, the Illuminati trick Hulk into a shuttle and launch him into space to a planet where the Hulk ...
ActionAnimationScience Fiction

IMDb: 7.4 2012 81 min
They’re back! The chart-topping super-team of Joss Whedon and John Cassaday return for more Astonshing X-Men! If you thought their past ...
Animation 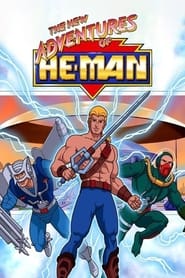