IMDb: 8 2019
Manav’s childhood friends reunite at his resort for a fun-cation. Their romantic plans turn hilariously dangerous when they realise that ...
ComedyDrama 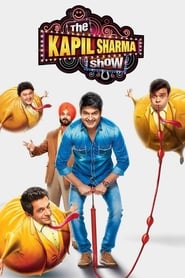 IMDb: 7.5 2016
Comedian Kapil Sharma interacts with celebrity guests about their latest films while keeping the audience laughing with his wit, humour and ...
ComedyTalk

IMDb: 10 2015
Based on the format of roast comedy, the show features comic crusaders who take a jibe at celebrity guests testing their patience through ...
ComedyTalk