IMDb: 4.6 2022 131 min
A mix of fantasy and sci-fi, the film entwines Navajo lore with a reclusive trillionaire and his would-be biographer, creating a fascinating, ...
DramaFantasy

IMDb: 6.7 2021 131 min
A 17th-century nun becomes entangled in a forbidden lesbian affair with a novice. But it is Benedetta’s shocking religious visions that ...
DramaHistoryRomance

IMDb: 5.5 2018 111 min
In a dusty post-war summer in rural Warwickshire, a doctor is called to a patient at lonely Hundreds Hall. Home to the Ayres family for over two ...
DramaHistoryHorrorMystery 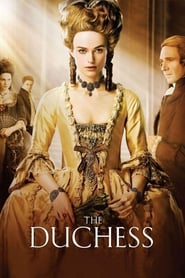 IMDb: 6.9 2008 110 min
A chronicle of the life of 18th century aristocrat Georgiana, Duchess of Devonshire, who was reviled for her extravagant political and personal ...
DramaHistoryRomance

IMDb: 5.6 2008 101 min
A veteran-turned-mercenary is hired to take a young woman with a secret from post-apocalyptic Eastern Europe to New York City. Advertisement
ActionAdventureScience FictionThriller